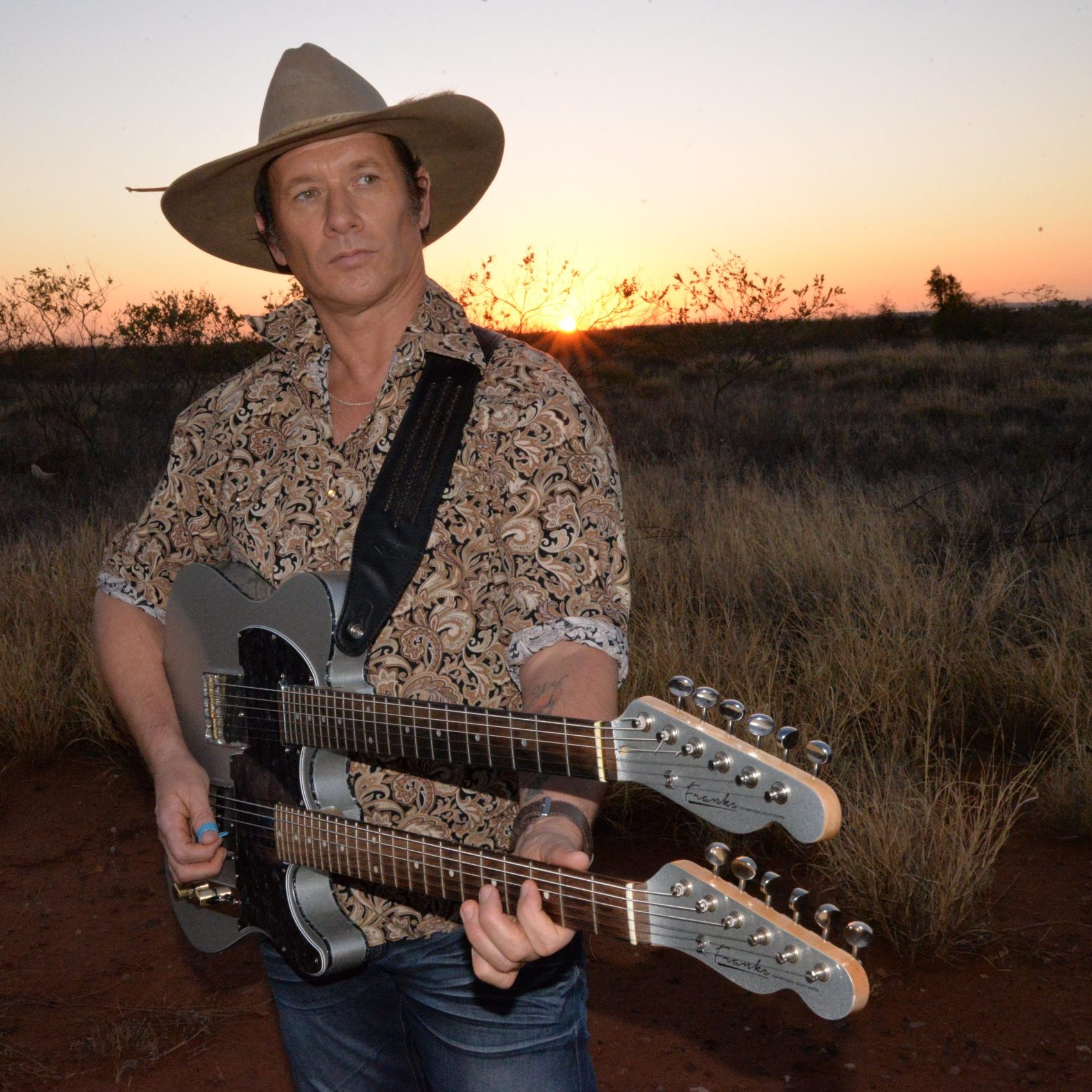 Originally from Victoria, and now based in Wickham in the Pilbara region of Western Australia, Lee Foster was born into a family of country music lovers. He has been a singer-songwriter for over 20 years and, with his down-to-earth humour and awesome sense of fun, performed all over the country.

In 2002, Lee released his first professionally recorded EP, Kimberley Gold. The title track from his 2005 EP release, ‘The Way He Rolls His Swag’, won him the Male Rising Star Award at the Mildura Independent Awards in 2006 and was his first Top 5 hit on the Australian Top 30 Country charts. The second single, ‘A Fire in the Bar’, hit number 4 on the Australian top 30 country charts and won him the Male Vocal award at the 2007 TIARAs. In 2007, Lee was a grand finalist in the coveted Coopers Golden Saddle Awards.

In 2008, Lee released his first full album titled ‘Keep Safe on the Track’. The album’s first single ‘1000 Headlights’, gained huge radio airplay, making Top 5 on the charts, with the second single, ‘The Good Times’, staying at number 2 for three weeks. His next album, ‘Longnecks and Rednecks’, was written and produced in 2013 with collaborator, Stuie French, and this was followed up with ‘Re-Rolling the Tracks’, released in 2016.

This year, Lee released a new album called ‘Buzz Around Me’, produced in his home studio. He is currently keeping himself busy playing music all over the Pilbara and presenting Friday night radio program, ‘Out on the Track’, for Ngaarda Media – a platform dedicated to nurturing Pilbara stories and keeping Aboriginal culture strong. This is Lee’s first year facilitating songwriting workshops for FolkWorld.

Back to Workshop Team